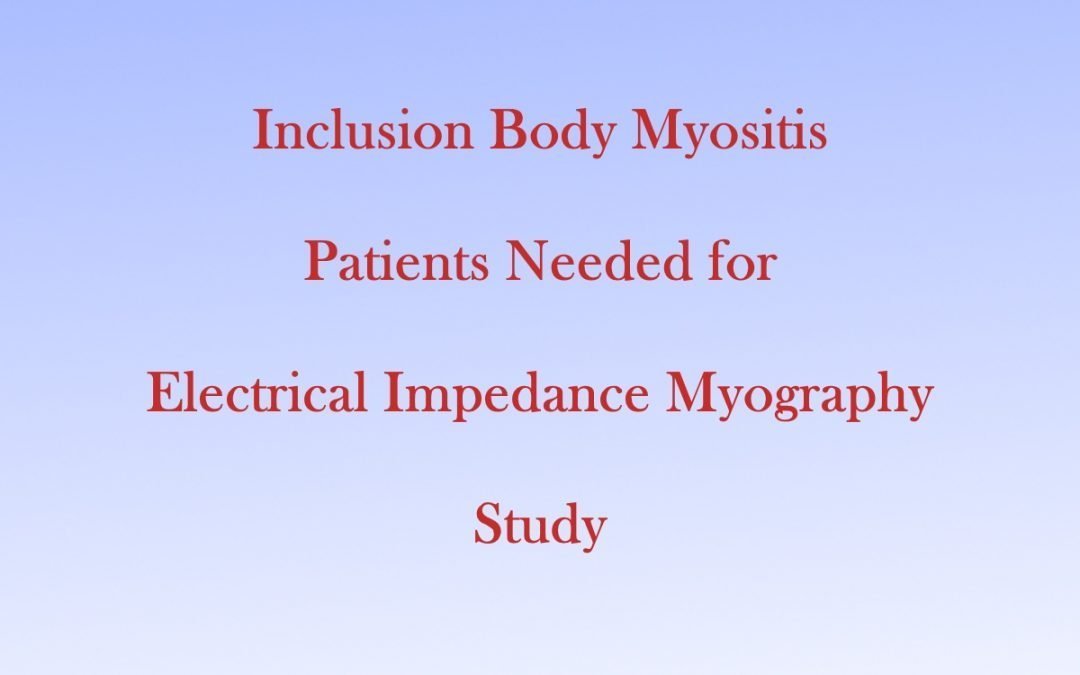 Researchers at the Yale School of Medicine in New Haven, CT are looking for patients with inclusion body myositis (IBM) to participate in a study using Electrical Impedance Myography (EIM). The purpose of the study is to learn if EIM is useful for measuring the severity of inclusion body myositis. If successful, this technique could be used in clinical drug trials, potentially making it easier to gain FDA approval for medications that may benefit IBM patients.

What are Patients Signing up For?

Patients in the study need to visit Yale only once, for approximately one hour. Participants will have the diagnostic Electrical Impedance Myography measurement and will also perform tests of physical function. Grip strength, time to stand from a chair and walk a short distance, the strength of several muscles, and walking distance will also be measured. Each patient will complete the Inclusion Body Myositis Functional Rating Scale questionnaire.

What is Electrical Impedance Myography?

Electrical Impedance Myography is a technique that measures the passage of a weak electric current through muscles. No needles are used and the test is painless.

Impedance, or obstruction to current flow, is different in healthy muscle compared with unhealthy muscle. If muscle is unhealthy, analysis of the impedance can provide information about the type of neuromuscular disease that is affecting the muscle. 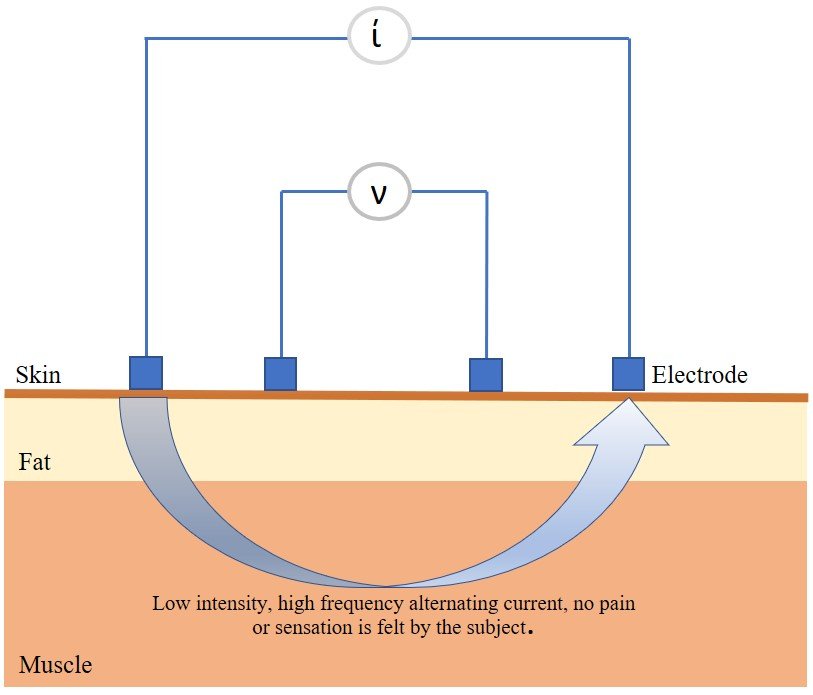 Diagram of Electrical Impedance Myography
Current is applied across the outer two electrodes, while voltage is recorded by the pair of inner electrodes.
(i=current, v=voltage)

Who is Conducting this Study of Electrical Impedance Myography?

Dr. Bhaskar Roy is the Principal Investigator, and Dr. Richard Nowak is the co-Principal Investigator; both doctors are Yale neuromuscular specialists. They have a strong interest in studying IBM and further developing the inclusion body myositis program at Yale, which is already the home of the Yale Inclusion Body Myositis Registry. They also intend to launch a future longitudinal study (following the disease over the years), looking at the change in the electrical impedance myography parameters in IBM as the disease progresses. 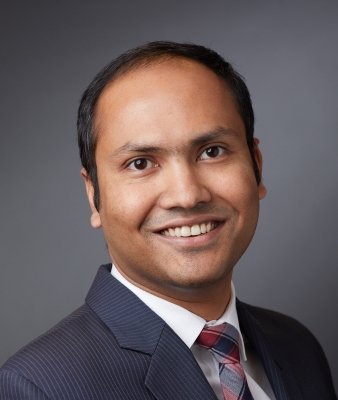 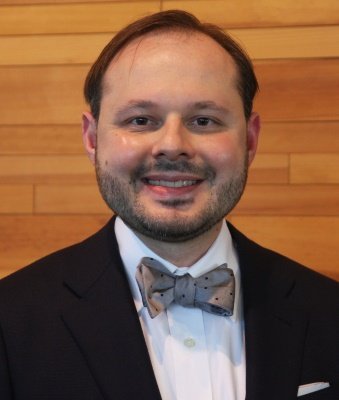 As a neuromuscular specialist caring for individuals with IBM, I am passionate about addressing the significant gaps in knowledge that remain as obstacles in order to improve the lives of our patients. While it is challenging to study rare diseases, like IBM, Dr. Roy and I are committed to moving this field forward. The study of EIM in IBM is a critical first step in that direction.            Dr. Nowak

Goals of the Study

Clinical drug trials are done to learn if medications have beneficial effects on the progression of a disease, making life better for patients. Drug trials for rare muscle diseases like inclusion body myositis are complicated, however, because researchers don’t know which clinical trial endpoints to select. How should the impact of the drug be determined? Should investigators measure how far a patient can walk in six minutes? Or the strength of the quadriceps, the large muscle in the thigh that straightens the knee? Or should the success of the drug be based functions of daily living, measured by instruments like the IBMFRS questionnaire? All of these measures have been used in recent clinical drug trials for IBM.

Each of these tests is useful, but each has problems. IBM generally progresses slowly, and usually does not change dramatically in one year. Walking distance and strength measurements depend on patient effort, and can fluctuate. Answers on a questionnaire are subjective, and a patient may have difficulty deciding which answer to pick.

Inclusion body myositis drug trials could be simplified if researchers can find a reliable, objective test to measure the progression of the disease. Drs. Roy and Nowak suspect that EIM may be able to fill this role as a biomarker for IBM.

Biomarkers are things that can be observed or measured to help determine if a disease is present, or if a condition is improving or worsening. Commonly known biomarkers include cholesterol for heart disease, the PSA test for prostate cancer, and blood sugar measurements for diabetes.

If Electrical Impedance Myography accurately reflects the severity of IBM in patients, it could be used in the future in clinical drug trials as a way to evaluate the success of drugs. First, however, it must be demonstrated that EIM is relevant. Do EIM readings actually reflect the muscular function of an IBM patient? Second, is the test valid: Is it reproducible, is it consistent, is it accurate?

The Yale study of Electrical Impedance Myography hopes to begin to answer these questions.

Why Should You Consider Participating in this Study?

For more information about the study, please read the following posting on the ClinicalTrials.gov website and contact Joan Nye at 203-737-7095 — joan.nye@yale.edu, or Emily Finn at e.finn@yale.edu.

Sanchez, B. & Rutkove, S. B. Electrical Impedance Myography and Its Applications in Neuromuscular Disorders. Neurotherapeutics14,107–118 (2016).