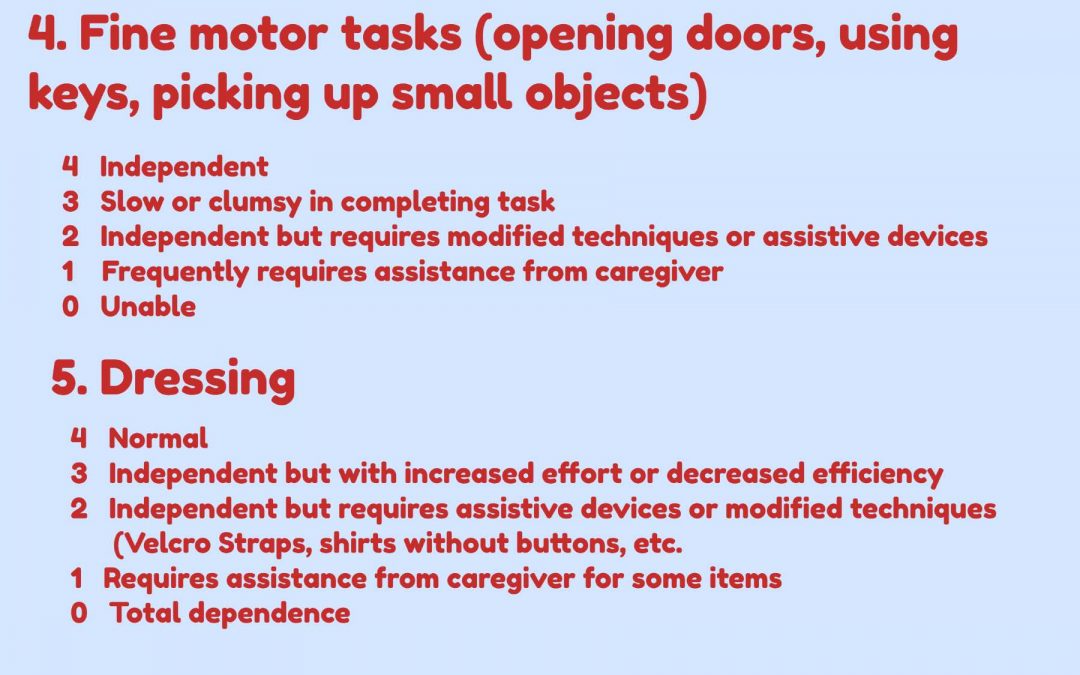 How do you know if a muscle disease like inclusion body myositis (IBM) is getting worse? How do you compare one patient to another? How do you decide if a new drug is working to slow the gradually worsening muscle weakness that is typical of this disease? How do you measure the severity of IBM?

The Inclusion Body Myositis Functional Rating Scale is emerging as one of the best tools for answering these questions.

What is the Inclusion Body Myositis Functional Rating Scale?

The Inclusion Body Myositis Functional Rating Scale (IBMFRS) consists of 10 questions about a patient’s ability to perform daily activities, such as walking, dressing, and handling utensils. Each question is answered using a number from 0–4. The numbers are added up to give the total score, with 40 being the highest possible. 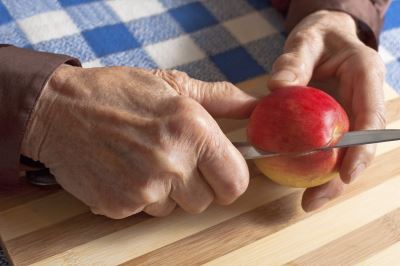 How is the Inclusion Body Myositis Functional Rating Scale Being Used?

The IBMFRS can be used by individuals with IBM to keep track of their personal progress with the disease, and can help guide discussions with the patient’s physicians. The IBMFRS is also used in research, including clinical drug trials. Currently, the IBM Functional Rating Scale is being used as the primary outcome measure in the clinical trial of arimoclomol, a medication with potential to treat inclusion body myositis.

What are Some Advantages of the IBM Functional Rating Scale?

Ease of Use — The IBMFRS does not require any expensive equipment or specialized training, and it can be completed in a few minutes.

Sensitivity — Studies have shown that the IBMFRS is sensitive to small changes in a person’s condition when compared with other measures, such as manual muscle testing, measurements of handgrip strength, and so on.

Reliability — Since the IBMFRS was first described in 2008, several studies have validated its reliability and accuracy.

The ultimate goal of a drug is to improve how a person feels, functions, or survives.

Proof that a drug improves patients’ daily functioning is strong, relevant evidence to present to agencies such as the FDA. Since the IBMFRS measures how IBM affects a patient’s life, a positive impact on the IBMFRS would be more powerful evidence of the effectiveness of a drug than encouraging results on a blood test or a simple muscle strength test. 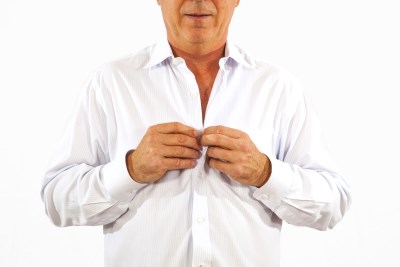 How Can I Contribute to IBM Research by Using the Functional Rating Scale at Home?

The Inclusion Body Myositis Disease Registry at Yale offers an “IBM Personalized Index Calculator” which uses the IBMFRS. After registering, you can complete the IBMFRS online, and your results will be stored. The Yale Registry encourages you to return every three months, and will send quarterly email reminders. The progression of your individual disease will be monitored through time, and compared with hundreds of other IBM patients.

Included with the IBMFRS are a few additional questions about topics such as your year of diagnosis, exercise habits, and living situation.

Eventually, the Yale data will help answer questions that all IBM patients ask, such as:

People from all over the world can participate in this research project, which takes no more than 10 minutes of your time, four times a year.

As a bonus, you will be able to track your own progress, and compare your status with other IBM patients.

How Can I Track My Own Progress at Home Using the IBMFRS?

The Inclusion Body Myositis Functional Rating Scale is available as a PDF file (see the references at the end of this article).

Jerry King, an IBM patient, diagnosed in 2007, who produces the “IB Myositis” YouTube video channel about inclusion body myositis, has some useful suggestions:

Jerry has constructed an Excel file for tracking your progress at home, and has offered to email it to those who are interested. The “IB Myositis” email address is available in the “Show More” notes to his two videos about the IBMFRS (see links below).

Remember: If you track your progress at home using the IBMFRS, please consider participation in the Yale IBM Registry project, mentioned above. You can contribute to global IBM research, no matter where you live. 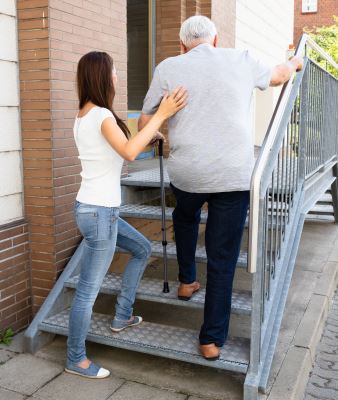 How Can the IBM Functional Rating Scale be Used to Grade Disease Severity?

Jerry King has advocated that the IBMFRS score should be used as a severity rating for IBM, as follows:

He points out that individuals with IBM vary from those with no visible physical limitations to those who are severely disabled. A severity score might help those who are Stage II or Stage III when they need help, such as when applying for a powered wheelchair.

The existence of a severity score would also help educate the medical community about the needs of more severely affected IBM patients. Those with more advanced IBM often feel neglected, even by the myositis community, because educational materials, such as exercise videos, are often aimed at those with earlier disease. Even doctors who specialize in IBM are less informed about those with advanced disease, because severely disabled patients are less likely to travel long distances to see a specialist.

The Inclusion Body Myositis Functional Rating Scale is an easily administered, scientifically validated measure of the severity of IBM that can be used to track personal disease progression, aid research into disease prognosis, evaluate the results of clinical trials, and stage the severity of disease.