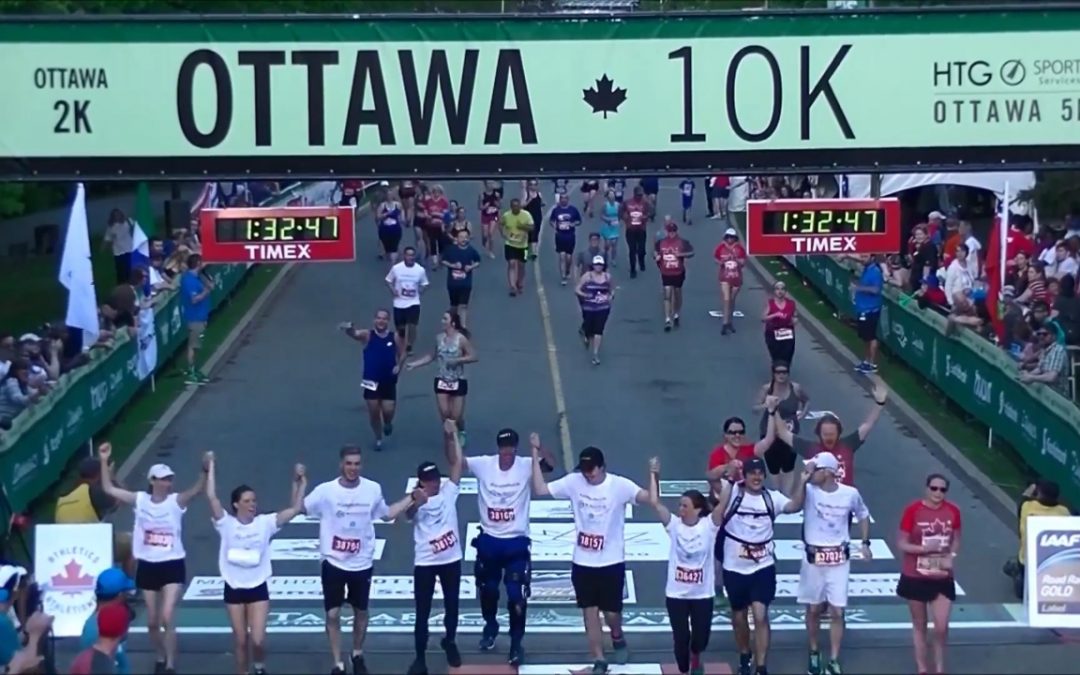 His muscles are being destroyed by a disease called inclusion body myositis (IBM), but Martin Jarry is resilient. After recovering from the shock of his diagnosis, he began to fight back, working to increase public awareness of myositis and to bring hope to other myositis patients.

A former police officer and youth hockey coach in Quebec, Martin began to notice that his formerly strong body wasn’t working like it should. One day he fell while skiing with his daughter, and he wasn’t strong enough to get back up without assistance. When driving, he had to use his arms to help lift his left leg into the car. 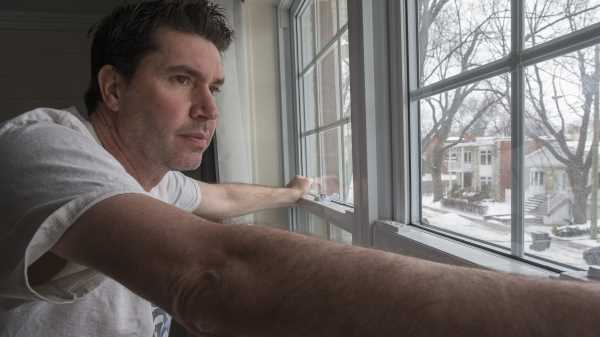 When he finally was told that he had inclusion body myositis, he went home and cried with his family. He grieved, and worried about the future. He knew that his muscles will gradually get weaker and weaker. He will gradually lose the use of his hands. He might develop severe swallowing problems, and be at risk for choking and malnutrition. He will someday need a wheelchair.

But Martin realized that, in his 40’s, he wasn’t ready to give up and sit on his couch all day. He could do something to help himself and other myositis patients, especially those who live in Canada.

As a Canadian, Martin felt even more isolated. He learned that most of the research is done in the US, the UK, or France. The few clinical trials for new drugs have not been held in Canada, and Canadians have not been invited to participate.

Martin realized that things will not change unless people learn about his disease, so he used his energy to find ways to increase awareness. He became an advocate for his rare disease.

As a result of his efforts, last May the Montreal Olympic Stadium illuminated its tower with blue light in recognition of Myositis Awareness Month.

Martin Jarry Runs with the Help of an Exoskeleton

Martin’s biggest inspiration came when he read about the exoskeletons under development at B-Temia, a Canadian company. Exoskeletons are powered devices that attach to a person’s body, helping them move with greater strength. They are being developed to make physically demanding work easier and safer for factory workers and to increase the capabilities of soldiers. In the medical field, exoskeletons can aid people with physical limitations. Exoskeletons have potential to help rehabilitate stroke patients, and even to allow spinal injury patients to walk.

Martin convinced B-Temia let him try their Keeogo ™ Powered Walking Assistive Device, and he was amazed. With the assistance of this device, he could run and jump again!

Running with an Exoskeleton for Inclusion Body Myositis

He conceived a grand idea to generate publicity for myositis—to run a 10K race in Ottawa.

Even though he would be assisted by the exoskeleton device, he still needed to be in his peak physical condition, so he trained daily. Running through the local streets with the exoskeleton, the neighborhood children nicknamed him “Robocop.” He was featured in newspapers and was interviewed on TV and radio. Ultimately, running in the company of other policemen, doctors, and his son, he successfully completed the 10K race at the Tamarack Ottawa Race Weekend on May 27, 2017.

Demonstration of the Exoskeleton to Other Myositis Patients

Last September, Martin demonstrated the exoskeleton to an audience of myositis patients at the annual meeting of The Myositis Association in San Diego. Afterward, many in the audience were able to try out the Keeogo device for themselves. The myositis patients were impressed, and they were excited about the potential of devices like this to improve their lives.

The Keeogo exoskeleton responds to the wearer’s own movements. Adjustable motors amplify the person’s strength, providing increased mobility and endurance. B-Temia refers to its particular type of exoskeleton as a dermoskeleton, because it assists the human body with a “skin-type motorized mechanism.”

Advocating for Canadians with IBM

Martin isn’t finished with his advocacy. One of his goals is for Canadian patients to be able to participate in clinical trials for inclusion body myositis. Although countries like Canada may not have a large enough population to run their own drug trials, Martin feels that we all have something to contribute. Canadians can contribute things like the Keeogo exoskeleton device to the global inclusion body myositis community, but they, in turn, would like to be included in clinical drug trials.

Encouraging others to Help Raise Awareness

Martin encourages other inclusion body myositis patients to do what they can to raise awareness of the disease. Everyone can contribute. “I’m just Martin Jarry—I’m not a rock star, I’m not a football player, I don’t have a big name.”

It takes effort and imagination to interest the media, but persistence pays off. Martin tells the story of how an initial article about him in the local newspaper was picked up by larger media organizations, greatly amplifying the publicity. Finding just one media contact who is interested in your story can open many doors.

Work Together for Hope

Because IBM is a rare disease, we need to work together, wherever we live in the world. Rare disease communities span the globe. “Work Together” is a motto for Martin Jarry, because he knows that, while one person can accomplish a lot, it is by working together that we can best bring hope to those of us with IBM. “We need that hope.”