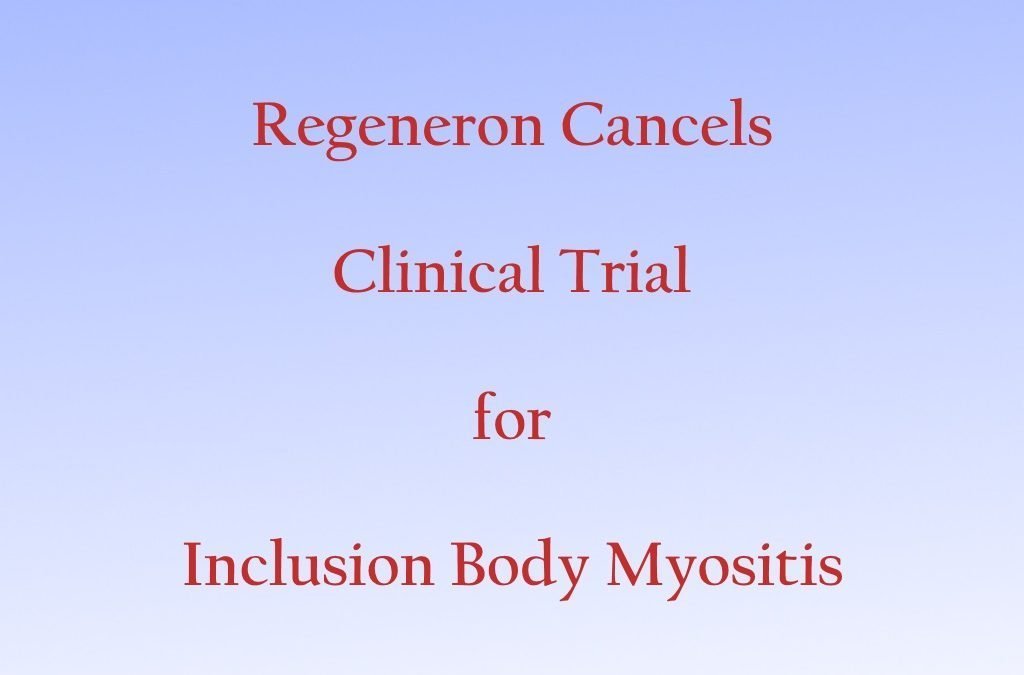 Regeneron Pharmaceuticals has confirmed the cancellation of its previously announced Phase 2 clinical trial for inclusion body myositis (IBM). Regeneron had planned to test two therapies in combination to treat this rare muscle disease, which causes gradually worsening weakness and disability due to muscle inflammation and degeneration. There is currently no effective treatment.

REGN2477 and REGN1033 are therapeutic antibodies which have the potential to promote muscle growth.

REGN1033 binds to myostatin and blocks its function. Myostatin is a protein produced by the body to inhibit muscle growth. REGN1033 takes the brakes off muscle growth when it inactivates myostatin. It is similar to bimagrumab (BYM338), another myostatin blocker, which failed in a clinical trial for IBM in 2016, although there was some evidence of benefit in certain patients.

REGN2477 inactivates activin A, which works similarly to myostatin — activin A also inhibits muscle growth. Recent research suggests that activin A may be even more important than myostatin in preventing muscle growth in primates. Regeneron hoped that REGN1033 and REGN2477 together would be more effective in inclusion body myositis than either therapy alone.

Regeneron’s trial was first posted on the clinicaltrials.gov website on October 18, 2018, and updated on December 21. Regeneron, however, has now confirmed to Cure IBM that the company will not be moving forward with the trial of REGN2477 and REGN1033 for inclusion body myositis.

“After close review across a number of decision criteria, our team has decided that this combination is not the best approach at this time. We are in the process of updating the clinicaltrial.gov posting to reflect this decision. This does not impact or reflect future development plans for either REGN2477 or REGN1033.”