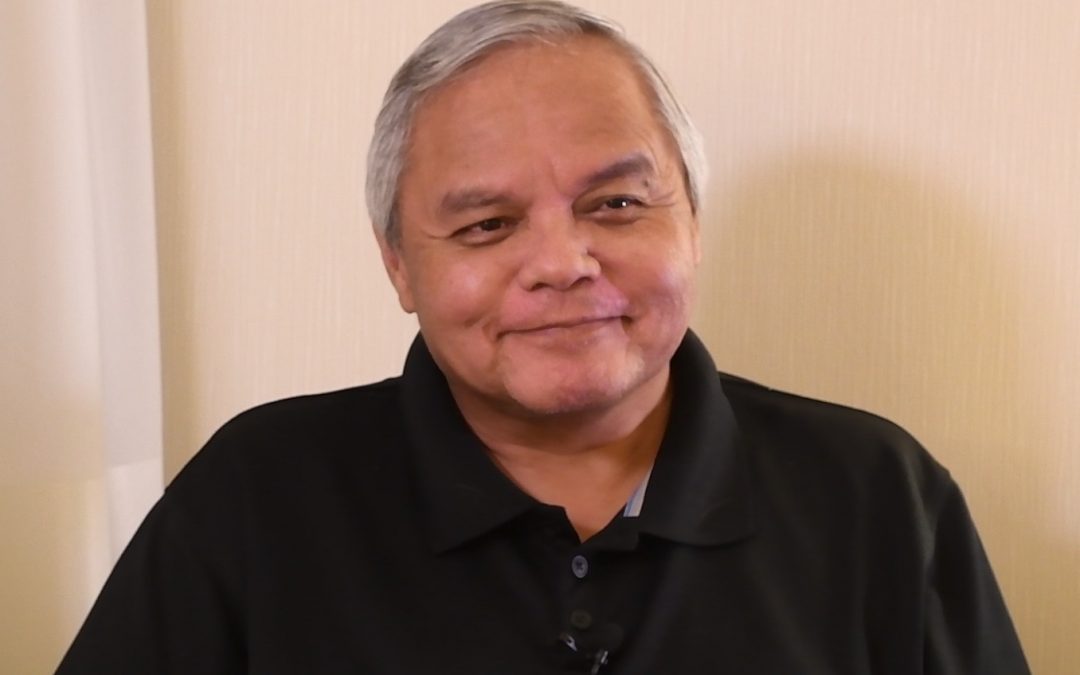 When Joe Sanchez was diagnosed with sporadic inclusion body myositis (sIBM) five years ago, he couldn’t walk more than 1/3 mile, he was exhausted after climbing a flight of stairs, and he had trouble gripping a knife safely. He knew there was no medical treatment for his weak muscles, and he was told that they would continue to weaken, and weaken some more, until he had no strength left.

After watching his body deteriorate for the first nine months after his diagnosis, he decided to take charge and try to do something about his muscles. He started to walk. And walk some more. And still more. He gradually increased his distance, and found that he was gaining endurance and getting stronger.

For Joe, walking is therapy. Walking makes him feel like he is doing something constructive, and walking is helping his muscles. He has become a passionate advocate for the benefits of exercise in inclusion body myositis. What works for Joe Sanchez may not be appropriate for all patients in all stages of IBM, but he has demonstrated that, at least for some, exercise is the best currently available treatment for IBM. 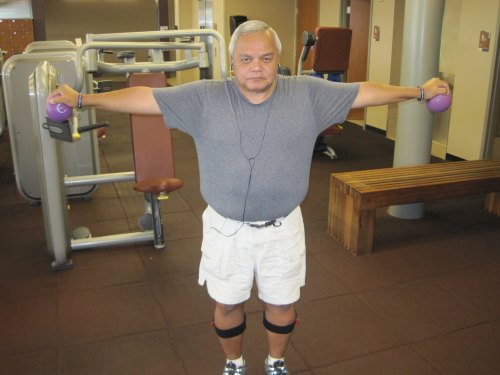 Joe began his exercise program by consulting with his neurologist, who prescribed ankle foot orthoses (AFOs), which are braces that help keep his feet in a normal position as he walks. Joe has weak anterior tibialis muscles, the muscles on the front of the shin that flex the ankle and raise the foot upward. He had been tripping because his toes dragged as he walked, but the AFOs fixed this problem and allowed him to begin his walking program safely.

A physical therapy team helped Joe supplement his walking with an exercise program, a program that emphasized function, such as climbing stairs and standing up from a chair. After beginning a regular schedule of physical therapy sessions and walking, Joe began to gradually regain some of his lost abilities, and this convinced him that he was on the right track.

One of the major benefits for Joe is decreased fatigue. He used to have to rest after an hour of daily activity, but as he exercised, he was able to lengthen his periods of activity to two hours, and then three or four hours. He still needs to rest periodically during the day, but walking and exercise have greatly increased his energy and endurance.

Soon after his diagnosis, an occupational evaluation concluded that Joe would not be able to work again. However, after his condition improved with exercise, he was able to work part-time at Home Depot for 18 months. 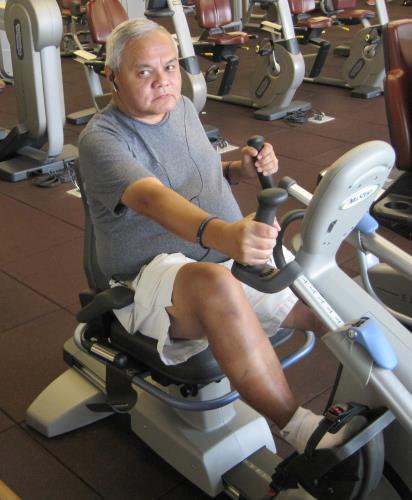 Joe has made exercise part of his daily routine. Each morning, he walks his dog for an hour. In the afternoon, he walks for another hour on the indoor track at his local senior citizen center. Finally, he typically walks an additional half hour in the evening.

He particularly enjoys the camaraderie on the track. As he walks he chats with others, many of whom are older and have more serious immediate medical problems than Joe. Walking on the track, he is part of a social network and a support network.

Many people ask Joe why he walks so much. The answer is simple: he enjoys it, and it helps him. Walking and exercising is not a chore for Joe, it is simply part of his life now.

He advises others to find enjoyable activities that involve movement. If it seems like your muscle weakness from inclusion body myositis prevents you for participating in a certain activity, try to find a way to adapt, perhaps modifying the activity to suit your current abilities. For example, Joe has found ways to continue to play table tennis, even though he can no longer swing a paddle or move his feet like he did before he had IBM.

You cann listen to Joe Sanchez talk about his experiences walking, exercising, and playing, and see him demonstrate many of his exercises, in this video.

Joe Sanchez is an inspiration to others with inclusion body myositis, and his experience shows that exercise can be helpful. Each person is different, however, and Joe recognizes that all patients will not respond in the same way. People with IBM are at different stages of the disease. Some can no longer walk, and many cannot tolerate large amounts of exercise. Some may not improve with exercise.

Joe urges all IBM patients to talk with their physician and physical therapist before beginning an exercise program.

There have been few scientific studies about exercise in inclusion body myositis. It has been proven that people with IBM can sometimes increase their strength and endurance, and specialists now agree that exercise is safe. However, it is not known if the benefits of exercise are just temporary, or if exercise can improve the long term prognosis of the disease.

Joe Sanchez has found that walking and exercise help him now, today, and allow him to better carry out his daily activities. He has found ways to keep his body moving and to have fun. He invites all inclusion body myositis patients to join him!

Joe Sanchez recommends the free 120 page book, “Exercise & Physical Activity: Your Everyday Guide from The National Institute on Aging.” This book is available in downloadable English PDF format, or can be ordered as an English or Spanish paper copy, on the “Go4Life” website (look under “Free Resources”).