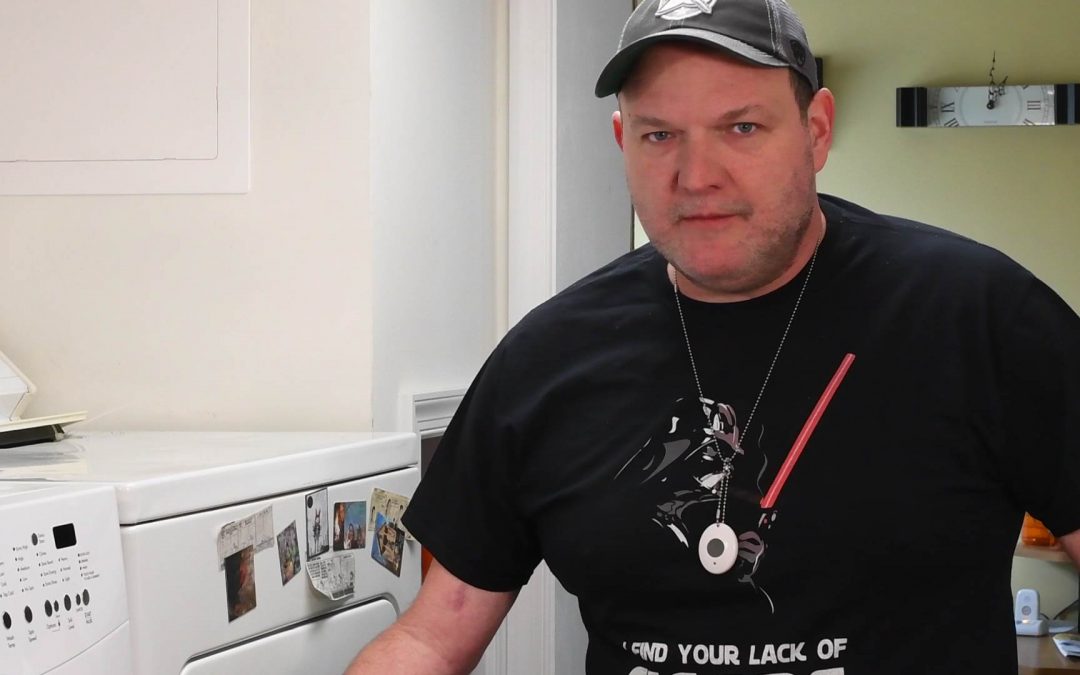 Living independently with a muscle disease like inclusion body myositis (IBM) can be a daunting, but Patrick Warner has accepted the challenge. He views it as a puzzle that needs to be solved. Faced with a disability that involves both his hands and his legs, Patrick has created an accessible home designed for his needs, allowing him to be as self-sufficient as possible. His home, inspired by his creativity, practicality, and determination, is a place for Patrick to be productive, a place for him to relax and be comfortable, and a place for him to socialize with friends. It truly is a home.

Patrick and his Diagnosis of Inclusion Body Myositis

Patrick, a 6’2” former athlete, now 47-years-old, was strong as a young man. Little by little, that began to change.

Ten years ago, a bowling ball inexplicably flew out of his hand during his backswing. “Wow! That was weird,” he thought, wondering why his ball was suddenly so slippery. He used a bit of sticky paste to improve his grip, but, once more, the ball went flying. Patrick modified his swing, and the problem was solved. And nearly forgotten.

A few years later, a friend asked for his help moving an aquarium, but Patrick couldn’t hold up his end. When a 13 year old girl stepped in and did the lifting, Patrick wondered what was happening to him. Finally, after a series of unexplained falls, he went to his doctor. He was referred to Johns Hopkins, where he was told he had inclusion body myositis, a rare muscle disease.

IBM causes muscle weakness. It does not affect heart muscle or the muscles of the stomach and intestines, but it causes relentlessly progressive damage to the skeletal muscles. Typical early signs are weak hand grip and weakness of the thigh muscles that straighten the knee, but all the skeletal muscles can eventually be affected. The muscles are inflamed, and muscle cells die and are replaced by scar tissue and fat. The cause is not known, and there is no effective treatment.

Patrick is single and has lived in his home in Newark, Delaware for 14 years. It wasn’t an ideal house for independent living, but it was his home, and he wanted to stay. He needed to remodel his house into an accessible home, one adapted to an electric wheelchair or scooter, and one that could accommodate his weakening arms and hands. 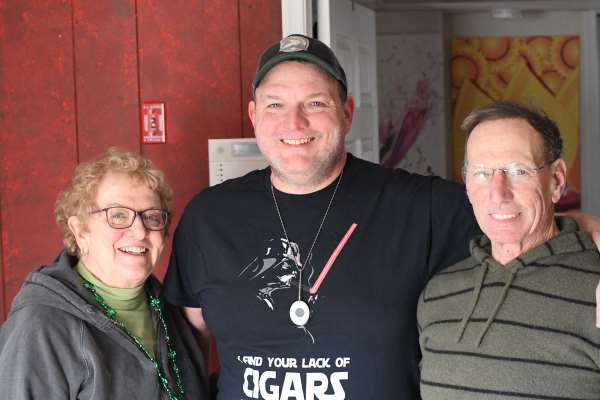 Patrick with his Parents, Patsy and Ken

His parents became his main caregivers, but they are in their 70’s and live 40 minutes away, so Patrick needed to figure out how to be alone in his home most of the time and still be happy and productive and do daily tasks.

His doctor at Johns Hopkins had told him: “Prepare for a life without stairs.” But Patrick’s home is a split-level, with stairs leading from the living room area up to the kitchen and dining room. Therefore he had a wheelchair lift, basically a small elevator, installed to bypass the stairs. He can no longer walk safely unassisted, and he uses a rollator (a rolling walker, a walker with wheels) or an electric scooter to get about. He can no longer manage the small ramp up into the lift while walking, so he now uses the scooter to move between floors. He has two rollators, one for each level, so he can easily get out of the scooter and walk about if he wants. And if one of the rollators needs repairs, the second one serves as a spare.

The kitchen is designed for “scooter height,” and would also be appropriate for someone in a wheelchair. Patrick does his food preparation, cooking, and dish washing while seated in his scooter. The sink top, counter, and stove top are all the same height, so he can slide a pot of water to the stove without lifting. He cooks tasty and nutritious meals, adapting to his abilities. He likes to bake seafood and chicken, and the strength in his thumbs and index fingers is sufficient to let him handle casserole dishes if they have handles. When preparing salads became difficult, he eliminated most of the prep work by using packaged greens, cherry tomatoes instead of cutting up regular tomatoes, and small mozzarella balls instead of cutting up or grating cheese. He likes chili, but all the chopping of ingredients is difficult, so he has chili when a friend can join him for dinner and help out. And, he’s learned that, for days when he doesn’t cook, whether he dines out or gets take-out or delivery, restaurants are happy to slice up his food for him if he asks.

His laundry room contains a front-loading washer and dryer, because he learned that his hands are too weak to pull wet clothes out of a top-loading washer. He sits on his rollator while moving clothes between the machines. The machines are at a comfortable height, elevated on a platform, which was built after he first experimented by putting the washer and dryer on various combinations of cinder blocks so he could discover the perfect height.

More Adaptations and Solutions for IBM

Patrick believes in attacking problems. “There’s always a solution!” When wet towels began slipping from his grasp, he and his mom designed a simple, ingenious towel modification, inspired by fitted sheets. Using elastic, they created pockets for his hands, allowing him to towel off without difficulty.

When bars of soap slipped out of his hands, he had a liquid soap/shampoo/conditioner dispenser installed on the shower wall.

Vans shoes, with their slip-on design and flat soles, are an ideal footwear solution for him.

Video of Patrick’s Shoe Selection — Why are Vans Shoes Helpful for IBM?

Electrical outlets are raised to a convenient height.

A heated outdoor pathway, extending from the front door to the driveway, melts snow and ice in the winter and gives him a safe path to a car or van.

Knowing that an injury could affect his independence, Patrick thinks before he moves and plans his actions. He wears a call-button around his neck, so he can summon help if needed.

All cases of inclusion body myositis are different, and Patrick’s solutions won’t work for all other patients, depending on their variation and stage of the disease. However, he is hopefully that some IBM patients, and also those with other neuromuscular diseases, can benefit from his experience and find some useful tips.

Patrick is comfortable asking for help when he needs it, and he is grateful for and amazed by all the help he has been given. But he still likes doing as much as possible by himself, and he’s thankful that his redesigned home lets him make full use of his capabilities.

This article can be shared in its entirety by copying the URL (web address), or by using the sharing icons.

The videos included in this article can be viewed and shared individually by visiting .Cure IBM’s YouTube channel. 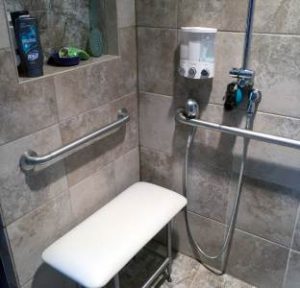 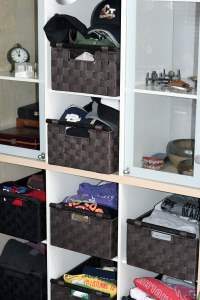 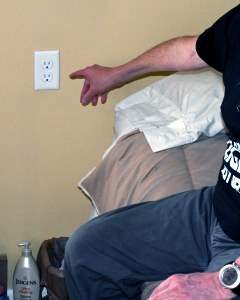