Magnetic resonance imaging (MRI) produces images of tissue slices, similar to CT scans, but uses magnetism instead of x-rays. Images of the legs or forearms can detect which specific muscles are most affected by the disease. MRI is not routinely ordered for inclusion body myositis, but is sometimes useful. 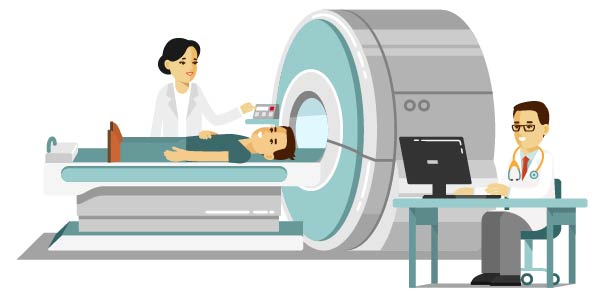 MRI images of the Thigh in Inclusion Body Myositis vs. Normal 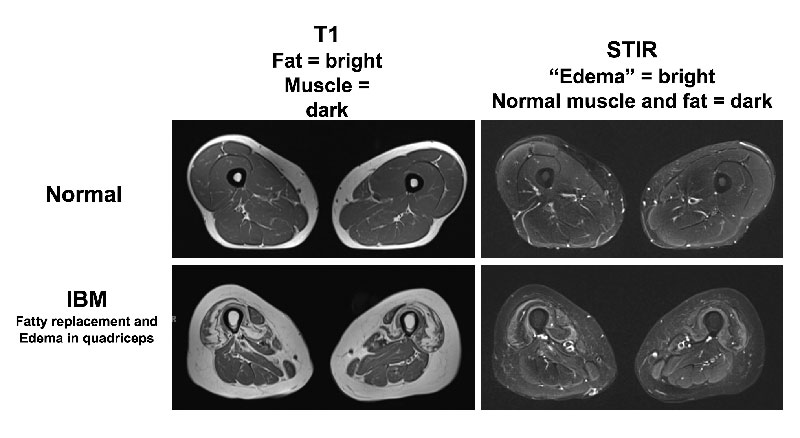 MRI findings in the forearm and thigh correspond to physical examination findings, while lower leg MRI can reveal muscle damage that isn’t detectable on physical exam.

In the forearm, the flexor digitorum profundus, which flexes the fingers, is most commonly affected.

In the thigh, the quadriceps femoris is typically abnormal, especially the vastus lateralis and the vastus medialis, with relatively less involvement of the rectus femoris.