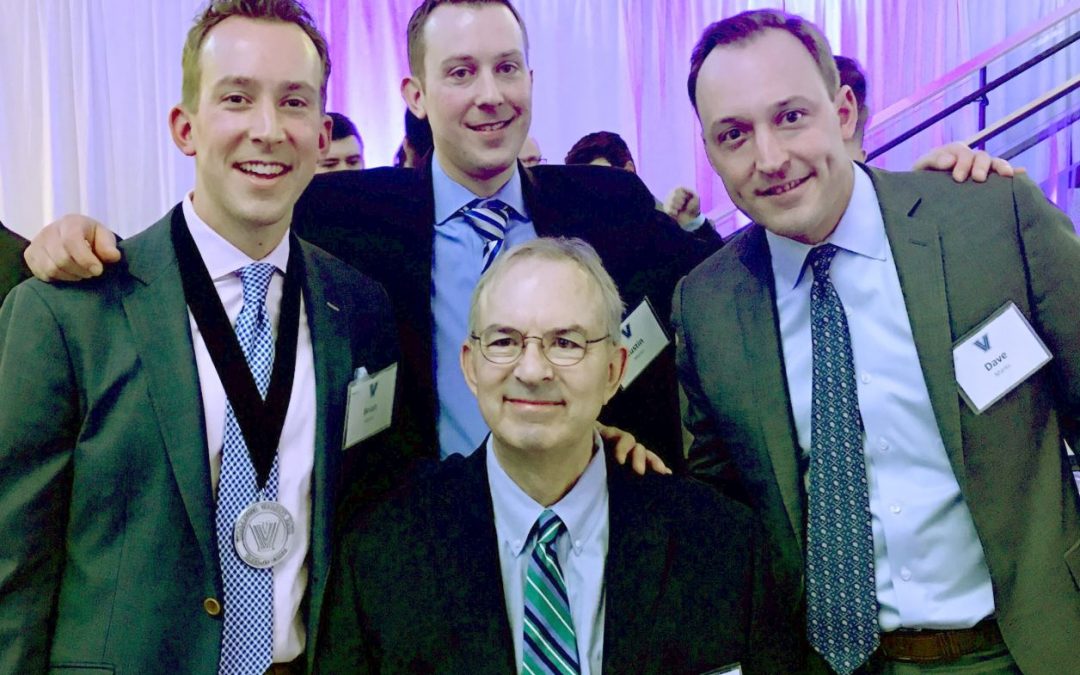 Randy Marks, who coached Villanova’s lacrosse team for 24 years, had the enormous pleasure of introducing his son, Brian, as he was inducted into the Villanova Athletics Hall of Fame last February. A former star athlete himself, Coach Marks was already a member of the Hall of Fame, and it was an emotional moment when his son joined him. However, the ceremony at Villanova wasn’t the only memorable event that evening; when Randy and his wife arrived back home, they were forced to spend a 20 degree night sleeping in their car.

Coach Marks has a rare muscle disease, inclusion body myositis, and he now walks with great difficulty. Returning home from Villanova that winter night, he found a fresh sheet of ice coating the walkway to his home. Even with the aid of his walker, he knew he couldn’t safely make it into his house.

He and his wife, Mary, tried to stay in a hotel, but his physical limitations made this impossible. For example, because of weak leg muscles, he is unable to stand up from low chairs or normal height beds. Usually he has the hotel staff put two mattresses on the bed, to increase the height, but as midnight approached on that cold February night the hotels didn’t have staff available to move mattresses. They drove back home, and Mary got some blankets out of the house and turned on the seat heaters in the car, so they were relatively comfortable as they tried to sleep and waited for the morning sun to melt the ice.

Despite this icy misfortune, Randy has fond memories of that evening. When you talk with him about that day, his voice is filled with pride for his son, and he mainly remembers the evening at Villanova, not the night in the car. What’s a little inconvenience compared to love for one’s son?

Inclusion body myositis, also known as IBM, has been in the news lately because Peter Frampton, the legendary rock guitarist, has announced that he, too, suffers from this condition. Frampton has scheduled a farewell concert tour, eager to thrill his fans one more time before finger weakness affects his guitar playing. Anyone can be affected by IBM: Peter, the great musician, who one day will not be able to play the guitar, and Randy, the star athlete who is losing his ability to walk.

Inclusion body myositis causes gradually increasing muscle weakness, and mainly affects people in middle-age, and older. Early symptoms can include frequent falls, trouble with stairs, and inability to open jars due to weak handgrip. Many people eventually need wheelchairs, and some lose most or all of their ability to move their arms and legs, and are unable to swallow. The cause is unknown, and there is no effective treatment.

Coach Marks played baseball in high school, football in high school and college, and was an exceptional badminton player. An assistant football coach for 16 years, he started coaching lacrosse at Lower Marion High School, where his teams won two state championships. At Villanova he was the Colonial Athletic association coach of the year and made the conference playoffs five years in a row. After retiring from Villanova, he continued to coach for seven years as an assistant at Franklin Marshall College. In addition to being in the Villanova Athletic Hall of Fame, his is also a member of the Pennsylvania Lacrosse Hall of Fame. 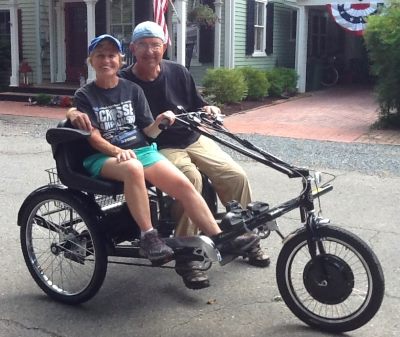 Randy has stayed as active as possible. He and Mary often walk slowly side-by-side, holding hands so she can help him balance and prevent falls. They smile and laugh when passer-byes remark about how cute it is to see an older couple holding hands. They have often sat next to each other on a special two-person trike as they pedaled around town, with Mary doing most of the work. The progressive weakness caused by inclusion body myositis is relentless, however, and Randy anticipates spending more and more time in his new, specially designed wheelchair. He also now has a mobility van to accommodate his power chair, so he has regained some freedom to travel.

Randy Marks was tough on the athletic field, and he is resilient in life. He likes to take action. His current project is working as a fundraiser for Team Cure IBM, a cycling team which rode in the Million Dollar Bike Ride, an annual Philadelphia event which was held this year on June 8. Sponsored by the Orphan Disease Center at the University of Pennsylvania, this rare disease festival has raised over $8 million dollars during the past five years.

Cure IBM, a nonprofit dedicated to inclusion body myositis, organized a team of 30 riders, who came from as far away as California, Washington State, Arkansas, new Mexico, and Montreal. The money raised by the team will be temporarily held by the University of Pennsylvania, who will add matching funds of $30,000, and 100% of the money will then be distributed in a research grant to a scientist studying IBM. Scientists and doctors from around the world will be eligible to apply for the grant.

Randy, whose disease was diagnosed at the University of Pennsylvania, says, “U Penn has provided a tremendous opportunity for my rare disease. Medical research is needed to find a treatment. The Million Dollar Bike Ride gives us hope.”

Donations can be made until the end of June, 2019. Donations in honor of Randy Marks can be made by visiting his Penn Giving Page: http://givingpages.upenn.edu/CoachRandyMarks