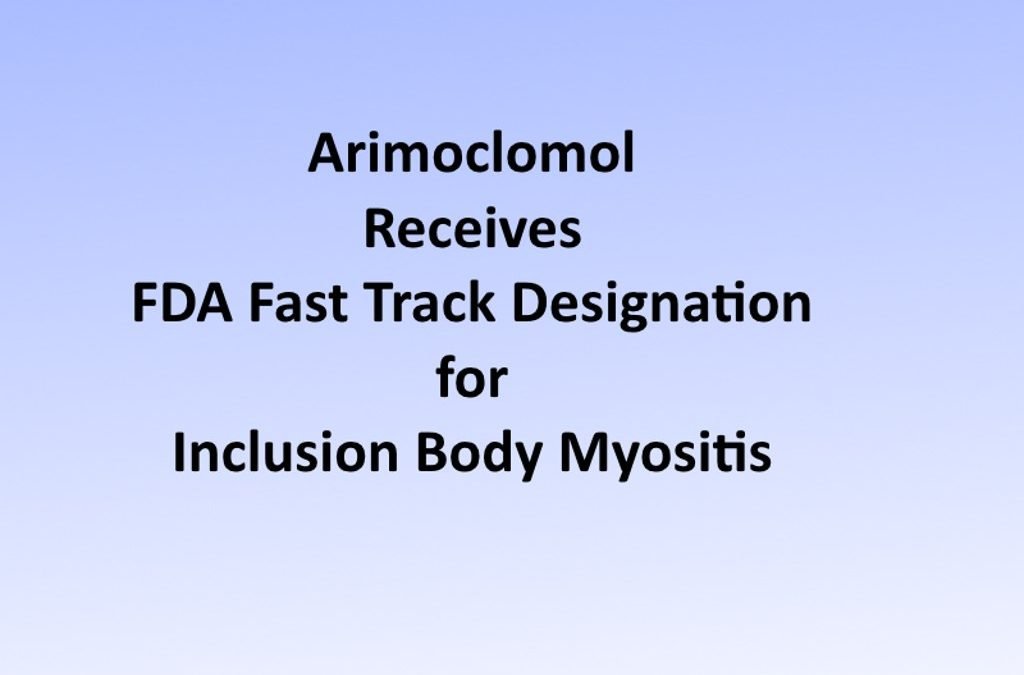 Arimoclomol, an investigational drug currently in a Phase 2/3 trial for inclusion body myositis (IBM), has received Fast Track designation from the FDA for treatment of this disabling muscle disease. This designation is designed to shorten the time needed for the FDA approval process, and may decrease the costs associated with a New Drug Application.

Orphazyme A/S, a Danish biopharmaceutical company, is studying arimoclomol as a potential treatment for four conditions: inclusion body myositis, amyotrophic lateral sclerosis, Niemann-Pick disease Type C, and Gaucher disease. Arimoclomol has previously been granted Orphan Drug status in the European Union and the United States for the treatment of IBM.

Arimoclomol may reduce the levels of abnormal clumps of proteins which form inside the muscle cells of people with inclusion body myositis (these aggregated proteins form the “inclusion bodies” which give IBM its name). Arimoclomol works by increasing the levels of a certain category of protein called heat shock proteins. Heat shock proteins, a type of molecular “chaperone”, help newly-made proteins fold properly, which is essential for their function. Heat shock proteins also help cells repair misfolded proteins, and clear out clumped proteins. It is hoped that these actions of arimoclomol will have a positive effect on the health of muscle cells, and therefore slow the progression of muscle weakness in people with IBM.

“Fast track is a process designed to facilitate the development, and expedite the review of drugs to treat serious conditions and fill an unmet medical need. The purpose is to get important new drugs to the patient earlier.” FDA

Inclusion body myositis causes severe muscle weakness, with profound effects on quality of life, and there is no effective treatment, so it qualifies as a serious disease with unmet medical need.

Fast Track designation will allow more frequent meetings and communications between Orphazyme and the FDA. Arimoclomol may also be eligible for Rolling Review, which means that Orphazyme can submit individual sections of its New Drug Application to the FDA one at a time, as soon as they are ready, rather than waiting until the entire application is complete.

The ongoing Phase 2/3 study of arimoclomol for inclusion body myositis enrolled a total of 150 patients in London, England and at multiple sites in the United States. Enrollment is complete. Each patient is being studied for 20 months, and results are expected in the first half of 2021.